With more than 70k followers on Instagram and clients that include Apple, Netflix, McDonald’s, and Nike, as well as actor and musician Childish Gambino – chances are you’ve seen some of Alexis Taïeb’s typography work without even realizing it.

A hand-drawn type master, Taïeb (also known as Tyrsa) went from graffiti to graphic design and now works from his home in Paris. His work including both print and digital commissions, his creations range from murals, posters, and enormous installations to small, detailed packaging designs.

“I started in graffiti and moved into typography, so I brought that street style and energy into my work in a way that seems to connect with people,” said Tyrsa in an interview with Creative Bloq. “But of course, I know that I’m not the only person who’s followed this path. So I think one thing that helps make my work distinctive and different is that it’s underpinned by a proper understanding of the fundamental principles of typography, which I taught myself.”

According to him, it’s not just cool-looking lettering. Rather, his work follows the function of typography in an organized manner, matching each project with the specific client. “My parents were very unhappy with me doing graffiti originally,” he admits, “so every day I feel blessed that I can work as a designer and keep creating cool new things.”

Take a look at some of his cool designs: 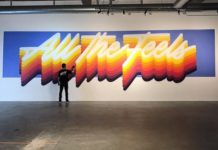 Lee - April 26, 2022
0
Remember the days not long ago when traveling was encouraged and seeking the great outdoors wasn't considered a luxury? Travel influencer Jenny... Chris L - April 25, 2022
0
Charis Tsevis is a Greek visual designer and artist who creates gorgeous mosaic portraits. His art is inspired by many people, from... 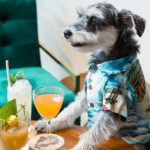 Ron K - April 24, 2022
0
Remix the dog, AKA the Stylish Bearded Pupster is one classy pup. A Miniature Schnauzer hailing from Toronto, Canada, his small size... Lee - April 23, 2022
0
Not all homeowners are particularly cautious when it comes to maintenance and renovations. This not only leads to big problems down the...