Lauren Wodnicki is a home baker who is taking cake-making to a whole other level. The way this Connecticut-native does that is by baking tasty desserts and then decorating them to the tiniest details until they look jaw-dropping.

Wodnicki, who works out of her home bakery in Southington, Connecticut, first tested her skills at making complex cakes when she needed one for her wedding. She successfully baked a four-tier dessert and realized that is something she had a knack for.

That was eight years ago, and since then, Wodnicki has honed her skills to an admirable level and managed to develop her own style. Her decorations are based on fiber art and crochet motifs and involve intricate and highly elaborated patterns. She also uses warm color palettes and buttercream to set herself apart from other bakers.

Thanks to her unique cakes, Wodnicki served as an inspiration to many home bakers who wanted to mimic her style. She viewed this as a compliment and even decided to share some of her knowledge, tips, and tricks with others through online classes.

“My passion is two-fold: baking a delicious cake from scratch and using it as a canvas to create a one-of-a-kind buttercream design,” Wodnicki says on her website.

Check out more of her mouthwatering creations below. Artist Has Been Baking Cakes You’ll Feel Sorry to Eat 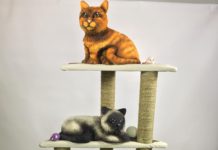