It is reported that the new Disney attraction, Star Wars: Galaxy Edge, will cost around $1 billion and estimated to be completed by August 29.

Star Wars fans from across the world got even more excited when Disney announced it will be releasing not one but two Star Wars lands (one in Anaheim, California which will open on May 31, and the other one in Orlando, Florida on Aug. 29)

According to the developers, the construction was mostly inspired by the architecture of Middle Eastern cities including Istanbul and Jerusalem. The land in Orlando, which covers a massive 14 acres, will be the largest single-themed land expansion that Disney has ever made.

Recently, aerial photos of the nearly completed Star Wars: Galaxy’s Edge surfaced on Twitter, shared by user @bioreconstruct. The photos include an almost finished Millennium Falcon, and other Star Wars famous landmarks and they are incredibly phenomenal. 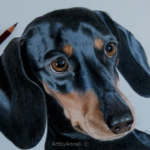