New York-based designer and inventor, Archie Archambault, simplifies complex ideas and constructs through minimalist maps and diagrams, with the added bonus of being aesthetically pleasing.

“The best way to get un-lost is draw a map,” he writes on his website, explaining that while living in Portland (and mostly getting lost) he drew a circular map of the city which helped him understand better his whereabouts. It was then that the brand Archie’s Press was born.

Having studied Art and Philosophy at Colorado College, Urban Design at Harvard, and Advertising at Wieden+Kennedy, Archambault travels all over the world meeting people and exploring cities. After asking residents a lot of questions and thinking really really hard, he assembles to map, referencing current and past maps.

His original idea has since unfolded into many other maps of different subjects, showing their structures in simple and intuitive ways. “I make letterpress ‘maps from the mind’ of cities, planets, organs, and many other subjects,” he explained in an interview with the Ohh Deer blog. “They’re all super-simple distillations of the complex ideas.”

“When I started taking this design practice seriously, I went in a dozen different directions,” he recalled. “Most of it was type and image with quippy or impactful messages. I made things that were funny, clever, crude, and everything in-between, but the maps were by far the biggest hit and I really enjoyed making them. Then my brain became like this map-thinking machine and I stopped thinking about other things.”

Get un-lost in his maps: 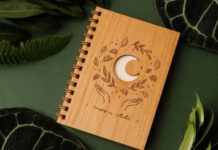 Ava K - June 14, 2021
0
Remix the dog, AKA the Stylish Bearded Pupster is one classy pup. A Miniature Schnauzer hailing from Toronto, Canada, his small size... Expect the Unexpected: 40 GIFs With a Surprising Ending You Won’t See Coming

Ariel H - June 11, 2021
0
These days it seems like anything and everything has been turned into GIFs. And we can’t say we’re complaining. Who doesn’t love... Jas Cilas - June 7, 2021
0
Slava Korolev collects old music instruments, vintage cameras, and other items people wanted to get rid of and then repurposes them as...

Lee - May 31, 2021
0
Nail technicians on Instagram tend to take the term "nail art" quite literally, but even among nail artists, Gracie J's work stands... Rose B - May 24, 2021
0
If you're a fan of all things miniature, your heart might as well explode when you encounter the following Instagram celebrity. Based... 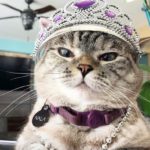 Rose B - May 3, 2021
0
Here's a fun fact: the most famous cat on Instagram (boasting an official Guinness World Record so you know it's legit) was... Chris L - April 19, 2021
0
The past year has seen most of us in the kitchen and as the pandemic pressed on, we've settled into routines that...