Jonathan Jui is an illustrator and dad who loves to draw comics about life. He began his drawing career three years ago when his son was born.

“I use it as a visual journal (that I ultimately want to gift to my kid!), where I try to capture a moment a day,” Jui shared on Bored Panda. “When I started this journey of parenthood, I had no idea what I was doing. And after three years, I still sort of have no idea what I’m doing… but I do know parenting is as tough as it is rewarding.”

Jui shares his creations on social media – Facebook and Instagram – where he has gained a total of 53 thousand followers. 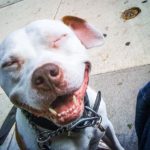