Social media went abuzz when a Twitter user revealed the go-to pose for journalist’s headshots. @RuchoSharma posted this tweet with a monkey in a yellow top, posing with one side and a smirk on his face.

In no time, the tweet went viral, and many journalists showed proof that supported her assertion. Top journalists from all over the world have commented on the accuracy of this tweet. Some have even posted their headshots, and the similarities are too glaring.

@Bumble started the comments by sharing a gallery of its journalists and photoshopping the monkey into the group. The monkey blended in seamlessly and it is simply hilarious. Other users photoshopped the picture into a new piece and made a pun about bananas.

The tweet now has over 156 thousand likes in less than 24 hours. See some of the hilarious comments below. The “Canceling Plans” Meme Pays Homage to Our Favorite Movies Ava K - February 16, 2020
0
Kevin Lucbert treats art as a means of expression and communication. "Art creates a distancing effect that allows the artist to express... The Fashionable Women of Yali Ziv 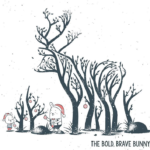