Home Food Alison Roman Will Inspire You to Cook, If Nothing Else

Known as the ultimate millennial food maven, celebrity cook Alison Roman will inspire you to roll up your sleeves and get cooking. Originally from Los Angeles, and currently based in Brooklyn, Roman is the author of the cookbooks Dining In and Nothing Fancy, and is also a bi-weekly columnist for The New York Times. In other words: she’s kind of a big deal.

But if you ask Roman, she’s just a person writing recipes that people like. “I’m not trying to corner a market,” she relayed in an interview with the New Consumer. “I’m not trying to appeal to millennials, which by the way, could be a 40-year-old at this point.”

“There’s other people in my industry that would never get that label that,” she reflected, “quite frankly, have never achieved the level of popularity, and I’m wondering why. It’s just interesting to me.” Her rise to popularity is in part thanks to her viral recipes (look up #TheStew and #TheCookies), and in part due to her unapologetic approach to cooking (look up that beef with Chrissy Teigen).

She also has a newsletter you’d actually want to sign up for, with recent recipes including sticky apple cake and chicken salad. But according to Roman, her success came about fairly intuitively, with no real business model to follow. “I have no strategy,” she admitted. “That’s something you should know about me. I’m like an animal. [Laughs.] I operate on instinct — yes or no. I say no a lot. And I say yes to not as much, especially these days.” 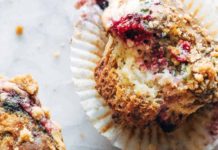 In the Mood for Mexican Food? We’ve Got You Covered