Meme-makers draw inspiration from the most unexpected places, and the fashion world has proven to be a good place to start. Some of the looks from major red carpet events went viral this year and made us laugh long after they first made the headlines.

The Met Gala is a gold mine for hilarious memes, and this year’s event gave us more than we can count, but Lady Gaga’s wardrobe changes on the red carpet really stole the show.

Billy Porter became a true fashion icon in 2019 and delivered a series of epic looks that the internet couldn’t stop talking about, but his tuxedo dress from the Oscars was a true game-changer.

Katy Perry didn’t wear one of the most memorable dresses at this year’s Grammy Awards, but the internet couldn’t stop making jokes about her fashion choice and comparing it to everything from paint roller to bowling pin.

Jennifer Lopez delivered one of the most unforgettable red carpet-looks in history when she attended 2000 Grammy Awards in jungle print Versace dress, and she brought it back again during Milan Fashion Week this year. 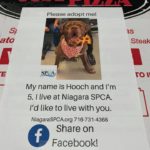