Illustrator and author Maja Säfström is known for her playful style of illustration based on her witty observations of the world around her. Based in Stockholm, she works full-time as an illustrator and runs her own shop in central Stockholm.

Having earned a tremendous international following on social media, as well as widespread critical acclaim and multiple awards, it’s surprising to learn that Säfström’s background actually lies in architecture. “I have been drawing for as long as I can remember,” she shared in an interview with Lake. “I drew a lot when I was a kid. I had a few years in high school where I thought I was really bad. Then I started studying architecture at university and found myself drawing the scenes around the buildings with MUCH more enthusiasm than the actual houses. Well, one thing led to another!”

Indeed one thing led to another. “I used to work as an architect and illustrating was something I did in my time off work,” she says. “Now that it is my full-time job, I realize, it is much less meditative. Because now the drawings are often commissioned, which is a bit different from just drawing whatever you feel like. It is the best job in the world though. Being an illustrator! My new hobby is taking care of my plants at home.”

Each of her illustrated pieces is made by first drawing a thin outline with a pencil, after which the final drawing is made with a fineliner. Her comic-like illustrations often include speech bubbles. “I think the speech bubbles are a very important part of my work,” says Säfström. “I love combining text with drawings. I often experience something in life and make a drawing of that.” 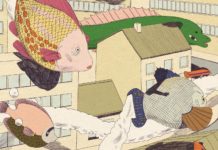 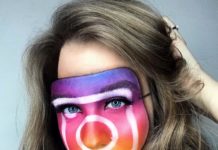